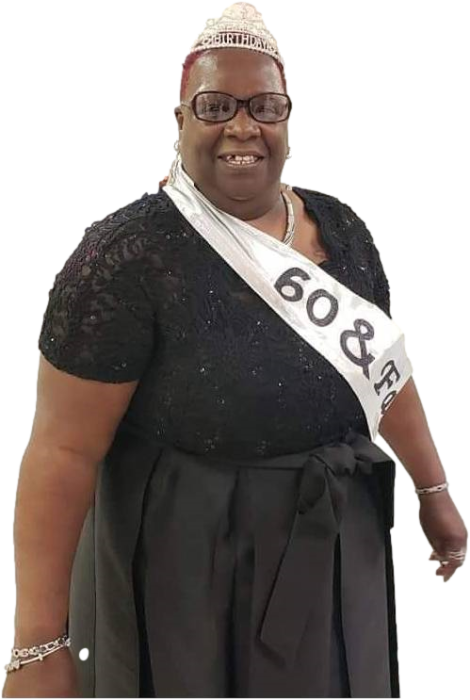 Vanessa Lynn Lewis-Wiley, affectionately known to some as “Nessa” or “Nessie”, was born on April 27, 1959.  She was the second born of seven children and the first born daughter to her mother Marion Lewis and her father Harold Jackson.

She met and married Charles Wiley on April 3, 1987 and she was blessed to raise one non-biological son, Karriem Griffin.

Vanessa was a comical, generous and very well loved person.  A willing soul, willing to help anyone.  She would often be heard saying her favorite catch phrase “not a problem” when it came to lending a helping hand. Vanessa was educated in the Camden School System, a graduate of the former Castle on the Hill Camden High School.  She then went on to receive a degree in Business from Glassboro State County College.

She made many connections throughout life from her various fields of work over the years.  She was known as a hard worker from Tax Preparing, Church’s Chicken, Silver Care Nursing Home, McCormick, Bindery, Hyatt Hotel, Lowes or any other place she worked. She was loved by everyone she worked with. Plus her favorite job as everyone’s Taxi. She was the original Uber (without pay).

She became a member of the Sanctuary Church of the Abiding Prescence, under the pastor ship  of Bishop Schoyler on November 13, 2011, during a Women’s Day Service.  Vanessa was a faithful worker of the Pastor’s Aide Committee. Now those who knew Vanessa, can attest to this truth, no matter what,  she was getting her nails and feet done.  She also loved her Dallas Cowboys whether or not they won or lost.

To order memorial trees or send flowers to the family in memory of Vanessa Wiley, please visit our flower store.