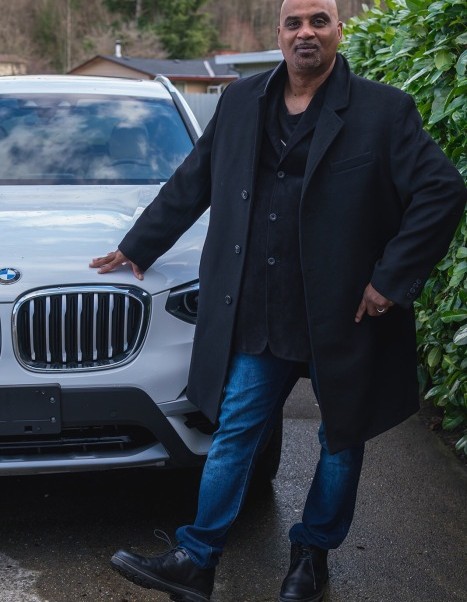 Steven Brent Petrose was born on March 2, 1968, at Cooper Hospital in Camden, NJ to his mother, the late Virginia “Babe” Petrose, and father - Wilbert “Woody” Holmes, Sr. A spiritual man, Steven offered respect to various beliefs. While he did not declare a religious creed; he acknowledged Jesus as the son of the Most High God. He was affectionately nicknamed “Dose,” by his closest friends.

Steven grew up in Woodbury, NJ and was educated in the Woodbury City Public School District. Blessed with brains and brawn, Steven was an intelligent scholar and talented athlete. He played defensive back for Woodbury High School’s football team, the “Thundering Herd” and helped his team secure the NJSIAA South Jersey Colonial Conference’s All Conference Award in 1986. He graduated from Woodbury High School Class of ’87 and enrolled in Potomac State College of West Virginia University; having earned a financial endowment for his athleticism. There, he attended class and played football for the “Catamounts.”

In 1989, Steven became a father to his beloved son, Steven DeSalles Petrose. Throughout his childhood, the elder Steven received an immense amount of love and guidance from Daniel Ruff; a father figure to him. This relationship was one, among others, that influenced Steven - inspiring him to take parenthood seriously. He poured many values and life lessons into his child and together they shared an extraordinary bond of love and adoration.

During his years of occupation, Steven applied himself 100% toward his vocational endeavors and was known for his industrious work ethic. He was an employee for The Southeastern Pennsylvania Transportation Authority (SEPTA) for 10 years; and a dedicated member of the Transport Workers Union Local 234 for SEPTA Employees.  In recent years, Steven embarked on an entrepreneurial journey. He acquired a real estate license and was in the beginning stages of launching a real estate firm that he named, “Real Estate Mindz.”  It is a business venture that he was incredibly passionate about.

Steven was a benevolent member of a group of lifelong friends – a brotherhood - who nicknamed themselves, the “C.A.Z.E.E.K.S.” The name was an acronym to describe character traits that the men were striving to maintain. Class, Ability, Zenith, Equal, Everlasting, Keen, and Strong they are - and together will always be. For years, the C.A.Z.E.E.K.S. have served Southern New Jersey by providing community resources and youth mentorship.

In 1996, while working for the Underwood Memorial Hospital, he met Montez James – the woman who instantly became his confidante, best friend, and soulmate. Wed on August 26, 2000, they navigated through life as a tender and affectionate duo for a total of 26 amazing years. A power couple that connected in the mind, heart, and spirit; they were inseparable and shared a profound love for one another that will live on. Together, they reared Steven DeSalles and provided special love to their foster son, 3-year-old Cayson Cruz.

Steven valued spending time with his family & friends and enjoyed cooking on his grill. He was a loyal and die-hard Eagles and Knicks fan. One of Steven’s favorite songs was “Golden Time of Day” by Maze featuring Frankie Beverly. He will also be remembered for his favorite saying – “Bloop!”

To order memorial trees or send flowers to the family in memory of Steven Petrose, please visit our flower store.