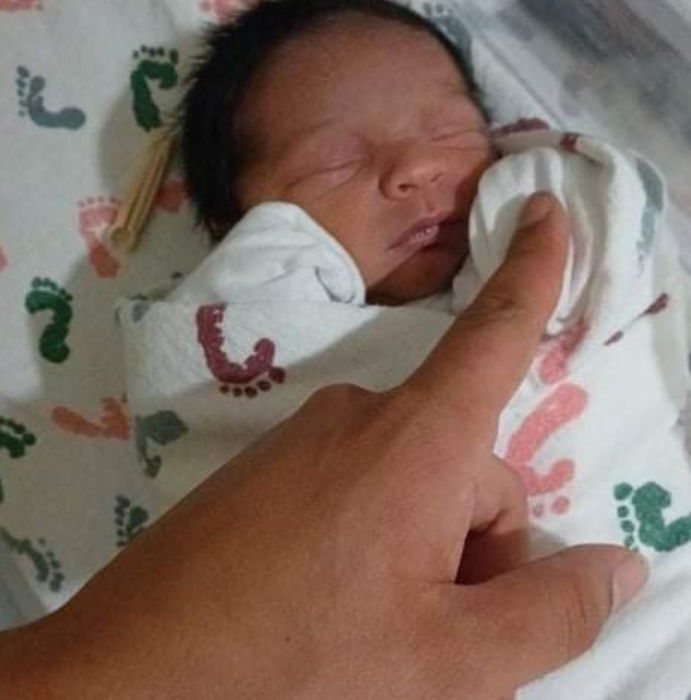 Sincere Christian Rios, I remember when I was in labor with Sincere.  It was painful, and the pushing was even more difficult. But after an hour and a half of me pushing, my son was here.

He was perfect. And we were happy. Then, my baby got his hearing test done and he failed. His eyes were examined and they said he had cataracts.  Then, they decided to take my baby to the NICU.  After a week of testing and x-rays, we found out that our baby had heart problems.  The hospital didn’t know how to help, so they transported him to Nemours. They spent a couple of weeks finding more and more problems in his liver and lungs.  They told us how rare his condition was, and how  they didn’t know what could fix all of this.  Despite trying multiple therapies and attempting surgery, Sincere was put on life support.  Unfortunately, it wasn’t supporting him at all, and we made the decision to no longer leave him suffering.

On December 17th at 5:53 pm, Sincere took his last breath.  We weren’t ready to say goodbye, but God had other plans for our baby. We will love him and remember him forever.

Sincere is survived by his Mom, Dad, grandparents.

To order memorial trees or send flowers to the family in memory of Sincere Rios, please visit our flower store.