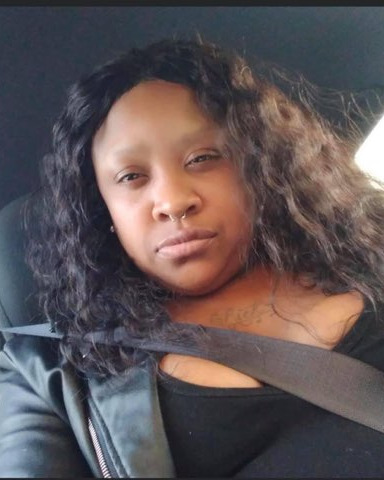 Sherida Nicole Carr was born on May 18, 1985, in Camden, New Jersey to Ursula L. Carr-Calloway and the late Darrell Bostic.

Sherida was the oldest of three (3) children on her mother’s side and the baby girl on her father’s side.  She was educated in the Camden School System.  She attended Jerrothea Riggs where she would later attempt to receive her high school diploma.  Sherida accepted Christ into her life at a very early age.  She loved the Lord.  With time on this earth, she was employed at ARM in West Deptford as a debt collector.  She was also employed at Wendy’s and Serenity House, and her most lovable job was babysitting someone’s children.

Sherida was very loved and had an enormous amount of love for everyone. At thirty-seven (37) years on this earth, Sherida touched so many people.  She was never married but she had a true special loved one (Rick Laws).

Sherida, as everyone knows can be a firecracker.  She was one of the funniest people ever known.  She loved to party, she was the life of the party. She was also my best friend.

To order memorial trees or send flowers to the family in memory of Sherida Carr, please visit our flower store.
Sherida Carr.pdf
Open