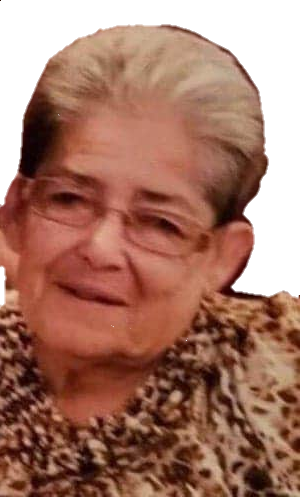 Santos was born in Juana Diaz, Puerto Rico the oldest of nine,

Santos was married to Joaquin Gonzalez.  Santos has four children the oldest

Liduvina Rodriguez from a previous marriage and Jaime, Milagros and Maria Gonzalez.

Santos worked as a Lunch aid at Fetters and Lanning Square Elementary School as a Lunch Aid in the early 70’s.  Then she worked at the Park Aide Building mid 70’s, she also worked at MidAtlantic Laundry/HCSC until she retired from HCSC in 2000.

Santos love her grandchildren and great grandchildren; she would cook at least once a month just to see them together and reminisce about the old times when she would take care of them.

Mom will truly be missed, sincerely the family.

To order memorial trees or send flowers to the family in memory of Santos Gonzalez, please visit our flower store.