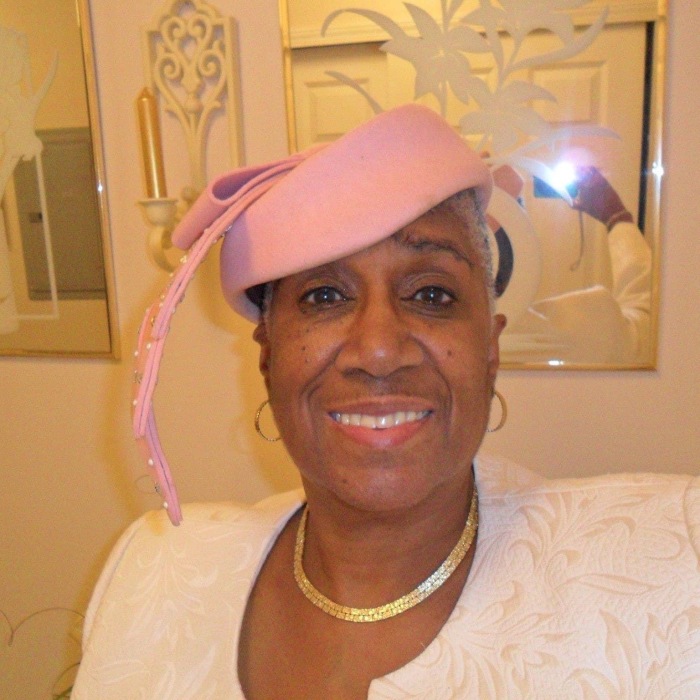 Ruby Lee was born to Mary and Charles James on May, 6th, 1945 in Cleveland, Ohio. Sometime during her childhood, Charles affectionately nicknamed his baby girl Pumpkin. This nickname stuck with her throughout her life.

After graduation, Ruby took a job as a seamstress with the Richman Brothers Company. After being at Richman Brothers for more than a decade, Ruby left the industry and eventually became a receptionist for The Visiting Nurses Association (VNA). Ruby worked for the VNA until retiring in 2004.

After an invitation by her daughter Tammy, Ruby joined True Holiness Temple under the leadership of the late Bishop Albert E. Dixon in 1978. Ruby was passionate about sharing the love of the Lord with others and was an integral part of THT. A faithful servant to God, Ruby spent many of her hours dedicating her life to the Lord. While at True Holiness, Ruby, better known as Sister Pumpkin, was a very active member. She was part of many of the different auxiliaries in the church. She served as an usher, choir member, finance committee member, secretary for the planning session and a host of many other functions. Sister Pumpkin eventually became the president of the women’s ministry.  Ruby, along with her other committee members, renamed the women’s board to W.O.W.- Women of Worship. Through this initiative, Ruby committed herself to helping other women learn God’s word. She spearheaded several productions presented by W.O.W. yearly at True Holiness Temple. Her crowning achievement was co-producing the full scale drama, “Sensational Sistas – Women of the Scriptures”.

In 1984, Ruby received a new name. Due to her oldest (and most amazing) granddaughter, Chawnte’, being unable to say grandma, she began to call Ruby, “Baba”. It wasn’t until years later that Chawnte’ realized Baba actually means grandmother in most Slavic languages. It also means “spiritually wise one” in some biblical contexts.

In 2006, Ruby relocated to South Jersey to be near her family. While enjoying her retirement, Ruby began working in her daughter’s bakery, Tis So Sweet, where she was affectionately known as Mama or Pumpkin. Whether it was rolling brownie bites or decorating packaging, Ruby always kept a smile on her face. She was loved by all of the regulars and even new customers would come looking specifically for Mama. She believed in giving out smiles and hugs. Her   bubbly personality was quite infectious. It became hard not to smile when around her.

Ruby became a member of Fresh Word Assemblies in 2007, under the leadership of Bishop Wynell Freeman. She was consecrated as an official “Mother” of the house and remained an active member of this body until her passing. She also enjoyed serving as a greeter while at Fresh Word. Her bright smile and loving spirit drew people in. At Fresh Word, Mother Ruby was known as the dancing mother. She didn’t need any music in order to cut a step and she could out dance the best of them.

Mother Ruby moved into Mt. Ephraim Senior Housing-MESH, and became a beacon of light. She would do community room bake sales, host bingo nights and plan monthly potlucks. Ruby was loved by all in her building and built wonderful relationships with her neighbors. She started a Bible class for the residents and when it was canceled due to the current pandemic, she would print out scriptures on colorful stationary and place them in each of the resident’s mailboxes each week. She loved encouraging and inspiring others to know Christ.

Mother Ruby Lee Lewis was received into heaven and met the love of her life on  February 14th, after a short battle with liver cancer. Now that Ruby has passed into the arms of our Lord, we should remind ourselves that while this is the end of Ruby’s physical life on Earth, it’s the beginning of an eternal and beautiful journey for her.

To order memorial trees or send flowers to the family in memory of Ruby Lewis, please visit our flower store.