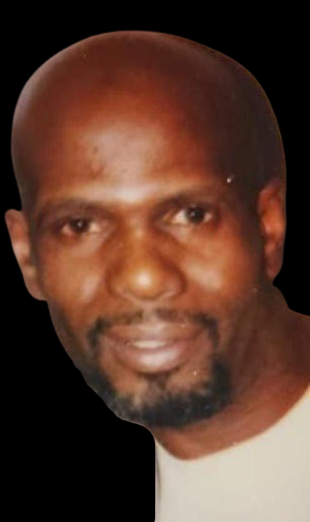 Leon Richard Alford was born on May 1, 1958. He was the  seventh child born to the late Robert Lee and Carrie Bell  Alford.  Leon was affectionally known as ‘Lonnie Love” by both family and friends.
Leon matriculated through the Camden New Jersey school  district.  Leon had an infectious personality and was a social butterfly.  He enjoyed listening to all music, but he loved “the oldies”.  Whenever the beat dropped, Leon was getting to the dance floor.  He loved to dance and was the life of the party.
Over the past ten years Leon slowly lost his sight; however, he never lost his life’s vision.  Prior to this recent illness, Leon was attending church frequently with his cousin Marilyn.  He  enjoyed the hymns where he stomped his feet and clapped his hands along with the music.
Leon was a member of the “We See Too Peer Relations Group”.  He was a valuable member and contributed immensely with tremendous insight to all activities and discussion within the group.
Leon never had any children.  In 2017, Leon met the love of his life, Lisa White.  He claimed Lisa as his “wifey” and her children as his own. They became the children he never had.  Leon loved spending time with his large extended family.  His favorite cousin Marilyn Jackson and children were always there for him.   He had a very close relationship with them.  He also held near and dear to his heart; his niece Kizzy Rogers and great nieces Kylajah (Dudas) and Khaliyah (Moo-Moo).  He will be sorely missed by all.
Preceding him in death his sister Marjorie Alford and his brother Jonnie Alford.
He leaves to cherish his memory three brothers: Freddie (Nila) Alford, Earl (Izora) Alford, and Michael Alford, four sisters, Carolyn (Nick) Rogers Jenkins, Tresa Fay (Ronald) Edmonds, Gloria Alford, Sandra Yvonne Alford. Uncles Jimmy Lee Solo-mon of Camden, N.J., Willie Lee Welfare Solomon of Vero Beach, FL., Aunts Mattie Bell (Mike) Brown of Vero Beach, FL., Lydia Solomon of Vero Beach, FL., and a host of nieces, nephews,  cousins, and friends.

To order memorial trees or send flowers to the family in memory of Leon Alford, please visit our flower store.