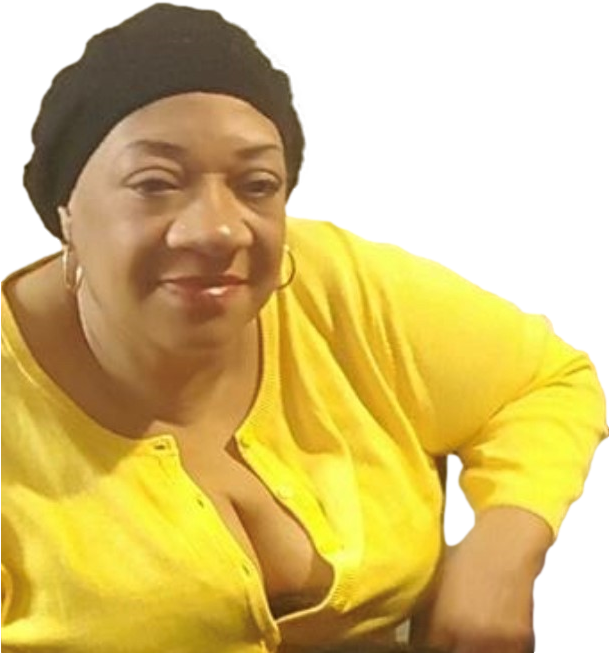 Karen (KK) was educated in the Woodbury Public School System where later she received her GED while also acquiring a Cosmetology Certification.  Karen (KK) later relocated to Williamstown, NJ where she established her many crafts of doing hair, baking, crocheting, and interior decorating.  She was a self-made Entrepreneur.

KK eventually took her big heart and entered the Medical Field as a Nurses Aid at Ancora Hospital until she fell ill with Diabetes, forcing her to resign. KK with her helping heart couldn’t sit still and took a full time job at Shoprite. They called her Williamstown finest; “jack of all trades”.  She moved to Camden until the Lord called her home.

KK loved to shop (lol).  When I say she loved groceries, using food stamps was like her having a black card shopping unlimited.  Her many shopping trips wore us out (lol) but that was her passion, she enjoyed it. Many couldn’t make that trip with her and those that did, well; you know the rest….  KK had a heart of gold. A never ending, giving spirit that came with her smart  mouth, but it never exceeded her loving spirit.

To order memorial trees or send flowers to the family in memory of Karen Kato, please visit our flower store.