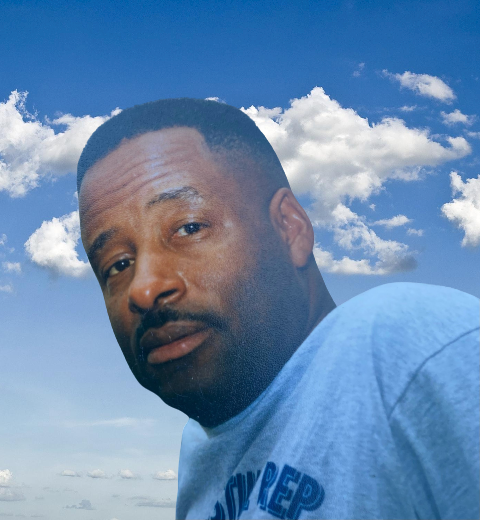 Bruce Gregory Clark, son of the late James Allen Clark and Grace Marie Kersey Clark was born August 28, 1954 in Camden, NJ at Cooper Hospital. Growing up, in Jericho (Deptford Township), he attended Sacred Heart and Most Holy Redeemer grammar schools, and Deptford Township public school. He was a high school graduate of Deptford High School, where he walked the hallways and was also referred to as “Juice” by friends and classmates. He went on to higher education at Stockton State College. Where he received his bachelor’s degree in 1978.

At an early age and under the guidance of his Mom and Dad, Bruce professed his faith in Jesus Christ. He was baptized at an early age at Sacred Heart Catholic Church, and was a lifelong student of The Bible. One of his favorite phrases that he shared with everyone was “Keep The Faith”.

Early on in his life, it was apparent that God had bestowed Bruce with uncommon athletic abilities. His strong determination and ability to never give up made him a strong adversary in just about any sport, especially in track and field. While attending a cookout in his late 30’s, a number of young men from the Willingboro High School Track Team heard him talking about his running years and challenged him to a race… on the street. Bruce had on dress shoes but ran them all down! They were amazed! The “old” guys at the cookout all but hoisted Bruce up on their shoulders.

His track and field years at Deptford High were memorable, under the guidance of their coach the late James (“Hawk”) Hawkins. Many of the team were boys from Jericho and the surrounding areas. The team was a tremendous sense of pride for the community with their winning streaks. Once the challenge was Deptford High (U.S.A) versus Deptford High (England). They came back victorious. But the untold story is the community. The parents went above and beyond to raise money to send the young men to England. This was a treasured memory for Bruce, his family, and many others in the community.

While attending Stockton College, Bruce’s track coach was runner and Olympian Larry James, nicknamed The Mighty Burner. Larry won gold and silver medals in the racially charged 1968 Olympics in Mexico City. The team made the school proud and Bruce never lost touch with his teammates and coach.

Bruce was also a skilled percussionist. Like his Dad, who taught so many young folks to play and perfect their instrument playing, he had music in his soul. Which was also evident through his love of dancing. AND OH MAN, HE COULD DANCE!!! Bruce and some other young men of the community had a band named “Free Spirit”. They were local favorites and opened for likes of the Intruders and the Delfonics. The band consisted of Bruce (conga drums), the late Carl Waters (bass), Michael Smith (guitar), Junior Johnson (keyboard), Robert Veney (drums), and Charles Hill (singer).

Bruce majored in Business Administration, but out of college instead took a job in undercover security for Resorts International in Atlantic City. There he forged lifelong friendships and that is also where he met Patricia Holmes. Bruce and Pat would go on together to marry and raise three children: Rhonda, Monique, and Maurice. They also were a team in accomplishing many things together like home remodeling and ownership of multiple homes.

His love for running track and field became a love for coaching. He first began his coaching career at St. Augustine Preparatory school, where he groomed a state championship team. The families of these student/athletes would forever remain connected and appreciative of Bruce and how many doors this opened for them to further their education through scholarships.

In his later years, he became a teacher for Fairfax County School District in Alexandria, Virginia, where his love of education was appreciated by his students. Virginia was also where he began coaching South County High School Track and Field, and again groomed a team to multiple state championships (2012 & 2013).

Pouring into children/young adults and promoting the importance of education gave him great pride. But what gave him the most pride and joy on this earth was being “Pop Pop” to his ten grandchildren. He made sure to attend special moments, sporting events, and graduations. He taught them to fish, and be the best debaters A.K.A. arguers on topics like government and education. He “unofficially” coached from the bleachers at ALL their sporting events. He had a special individual bond with each of them. All these reasons gave him a reason to fight his illness until the end. He wanted to be here for them, but the Lord saw fit to make him their guardian angel instead.

To order memorial trees or send flowers to the family in memory of Bruce Clark, please visit our flower store.