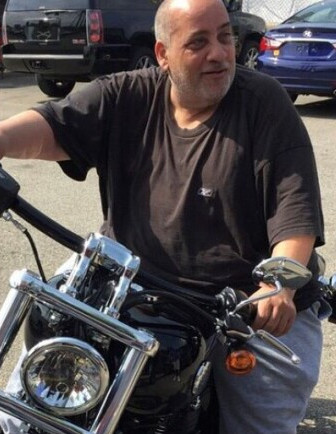 Barry Gene Alli Sr. was born on April 25, 1957 in Camden, New Jersey where he was raised by his loving parents Koni and Christine Alli. He graduated from Camden High School in 1975 with a distinct interest in mechanics, construction, and music.

Barry lived in Camden most of his life and he took pride in his neighborhood. He had the best cars, bikes, and the brightest parking cones. You could see them for miles and everyone knew they were an important part of Sheridan street. He loved playing the drums and photographing his newest collection even more. He always talked about riding his motorcycle on a nice summer day. More than anything he loved spending time with Zoe and Braydon and he missed his son Diggs more each day. He delighted in being a father and he loved his children with every fiber of his being.

Barry was well known for many different reasons, but the most important one is that he had the biggest heart. He would go above and beyond for those he cared about without hesitation.

He is survived by his daughter Zoe, his son Braydon, his brother Koni, his sisters Michele and Janine, as well as nieces and nephews, aunts and uncles who will all miss him dearly.

To order memorial trees or send flowers to the family in memory of Barry Alli, please visit our flower store.