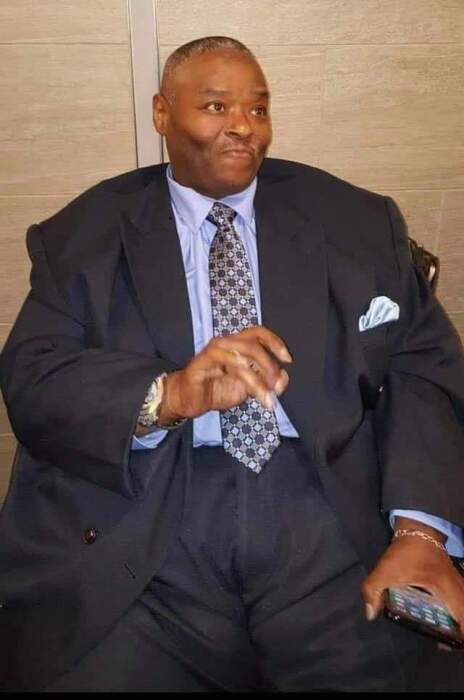 Dr. Apostle Ralph Joseph Carroway went home to be with the Lord on Friday, April 9, 2021. Apostle Carroway was the son of the late Rev. Robert J Carroway, Sr. and Rosa Lee Carroway. He was born on October 20,1959 in Philadelphia PA. He was one of six children. In 1964, Apostle Carroway and his family moved to Camden, NJ. He attended and graduated from Camden High School. Apostle Carroway was employed by the State of New Jersey as a computer technician for 12 years, retiring in 2007.

Born and raised a "Preacher's Kid", as a young child he attended Highway Church Of Christ, Camden, NJ., until his father built and founded Saint Mark Highway Church Of Christ, where he served as the Director and Minister of Music. In the late 80’s he establish a community choir called “New Life Community Choir”.  In 2002 he organized a singing group called "The Daughter’s Of Love”. They sang in churches throughout Pennsylvania, New Jersey and Delaware. In 2004, he branch out to start his own ministry “New Life Ministries” where he has faithfully served as their beloved Pastor for over 16 years. He loved his church family dearly and compassionately and always felt it a privilege and a joy to pastor the flock.

Dr. Ralph Carroway obtained his Doctor of Divinity (D.D.) from Ubuntu Graduate College and Seminary International, in the state of Delaware.

It is to be noted that Dr. Ralph Carroway carried on the legacy of his father the late Bishop Robert J Carroway. They were committed to bringing a better way of life to people in the community including Camden, Philadephia and Delaware. Having gone through many trials and tribulations he still maintain and devoted his life to doing the work of God and humanity as a whole.

Apostle Carroway is processed in death by his parents, Bishop Robert and 1st

To order memorial trees or send flowers to the family in memory of Apostle Ralph Carroway, please visit our flower store.