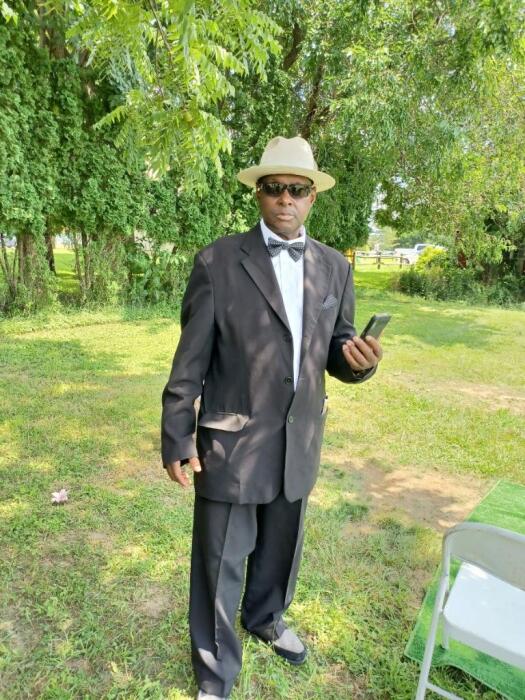 Alfred Leroy Palmer Jr. was born to the late Alfred and Bernice Palmer on January 13, 1957, in Philadelphia, Pennsylvania.

When Alfred was just a young boy he moved to Camden, New Jersey to live with his Aunt and Uncle, Eleanora and Thomas Johnson. He received his education in the Camden City Public Schools. He was affectionately given the nickname Ace from his childhood friends.

As a young adult Alfred met Mary Kyles and they had two children: Terrence (predeceased) and Shanae Kyles.

Alfred was a hard worker and was employed by many employers. His first job was at the local A&P supermarket as a baggage clerk.  He enjoyed being a custodian at a movie theater. However, most of his career he was employed with Camden International Commodity Terminal (B & H Cocoa Bean Factory) located at the South Jersey Port Authority in Camden, New Jersey.  When Alfred wasn’t working, he enjoyed dressing “sharp” and profiling in his suits, hats, and stylish shoes. Another one of his favorite pastimes was riding his bike around in the City of Camden. Whenever there was a family function you could count on Alfred to be in attendance.  He loved to watch Western/Cowboy movies, basketball games, and football games.  Most importantly, he loved watching his home team the Philadelphia Eagles play especially when they won the Superbowl in 2018.  In 2008 Alfred met his soulmate LeAnn Sweeney.  LeeAnn was the love of Alfred’s life.They shared fourteen loving years together.

Peacefully, on Thursday, August 4, 2022, our almighty God in his infinite wisdom gently closed the eyes of our beloved Alfred Palmer.  He is now in heaven enjoying the afterlife with his cousin and homie Johnny Johnson.  He was preceded in death by his son, Terrence Kyles and sister, Fern Palmer.

God saw he was getting tired

And a cure was not to be

So, He put His arms around him

Submitted With Love, The Family

To order memorial trees or send flowers to the family in memory of Alfred Palmer, please visit our flower store.